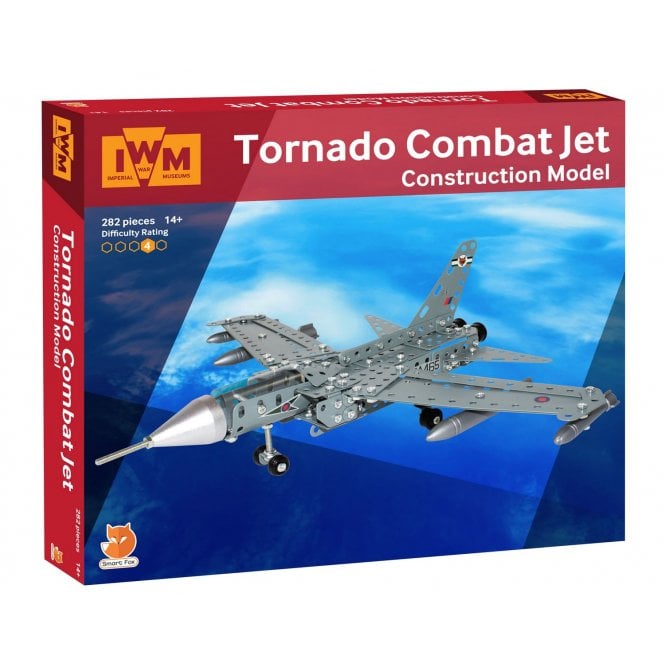 Recreate the iconic Tornado Combat Jet with this all-inclusive construction set. First introduced in the 1980s, the Tornado is a twin-engine, variable-sweep wing, multirole combat aircraft. The Tornado's versatility allowed it to perform multiple roles in the battlefield, with the main variants focusing on interception, interdiction and reconnaissance. It was designed and built as a joint venture by aerospace manufacturers from the United Kingdom, Germany and Italy. Now you can build your very own Tornado Combat Jet at home with this all-inclusive construction set.