This site uses cookies to provide and improve your shopping experience. If you want to benefit from this improved service, please opt-in. Cookies Page.
Accept Cookies
Reject All Cookies
Manage Preferences
5% Off All First Orders
Free UK Delivery On Orders Over £20
Worldwide Shipping Available
New 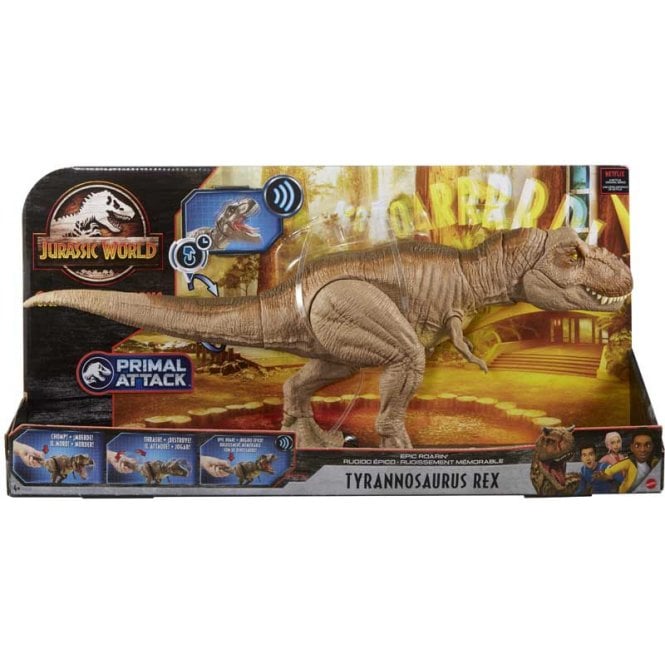 Be a part of the adventure with the Epic Roarin' Tyrannosaurus Rex inspired by the Jurassic World animated series, Camp Cretaceous! This larger-scale dinosaur action figure features "Primal Attack" which enables kids to control the battle play with awesome battle moves. Move the tail up and down, side to side and around for head movements, body twists and an awesome chomping action (activate all moves at once for total animated control of the figure). Push and hold the button on the tail for the ultimate epic ROAR and realistic shaking! The dinosaur action figure also features authentic sculpting, movable joints, authentic color and realistic texture. Recreate all the epic battle-action scenes with this Epic Roarin' Tyrannosaurus Rex, but watch out, this Tyrannosaurus Rex has a huge ROAR and even bigger BITE!